Our clients possessed a combined nine years’ experience at McKinsey & Company, a technology, media, and telecom consulting practice, and 10+ years’ experience in indoor positioning and wireless communications. When the time was right, these two industry veterans decided to launch their own micro-positioning business and approached Sibers to discuss collaboration.

The pair invented an algorithm that could locate mobile devices in public indoor environments. The algorithm relies on the pre-measured radio frequency (RF) of signals emitted by nearby Wi-Fi hotspots. Sibers’ task was to turn this theoretical algorithm into a tangible technological solution. Mission accepted!

We developed a comprehensive indoor positioning system, including a server side with a deployed database and an administration panel, along with two iOS and two Android applications.

First we developed the database, which stores the values of wireless signals measured across all channels involved with the indoor positioning system. Then we developed an application for iOS and Android that could measure RF. While the scanner moves through environments in a straight line and at a constant rate, the RF is sampled once per second by the app and its values are stored in the database.

The third and final part of the project involved another application — again for both iOS and Android — which defined the end-user’s location. RF and sensor data from the user’s phone are compared against a “fingerprint” database, confirming the precise location of a user on the map. The app is also flexible, in that if the location is not defined accurately enough during the measurement, the user can correct it and provide feedback on the results.

The beta-version of the app is easily downloadable for anyone interested in testing this novel positioning technology!

GPS satellite signals aren’t yet reliable enough to penetrate the walls of public indoor environments like malls, entertainment venues, casinos, hotel and resort facilities, and hospitals. Moreover, existing non-GPS solutions are rarely precise — which is why our client’s solution, which boasts a horizontal accuracy of 1-3 meters, has swiftly captured considerable market share.

We have had a longstanding relationship with Sibers and are happy to say that the quality of their work and our relationship has only gotten better with time. From the outset, they have taken a long-term approach focusing on our overall success and teaming up to provide value beyond the immediate tasks at hand. Besides the quality of the work, we also continue to be impressed with their professionalism and investment in customer care infrastructure and processes. In addition to our terrific project manager who acts as a go-between with the technical team, we have a dedicated care manager who regularly checks in with us. Sibers truly provides the full package — coding, care, and long-term partnership. (July 2011)

This project, which has won multiple awards and scholarships, was launched in the Netherlands by two brothers, who are the two biggest 3D technology enthusiasts we’ve ever met. As with almost every game engine, their offering, Logos3D, began as an internal project intended to help the brothers create their own games. Later it grew into a comprehensive proprietary middleware for creating lush, natural 3D virtual environments ideal for games, interactive simulators, and research tools. Indeed, Logos3D’s application field is very diverse. 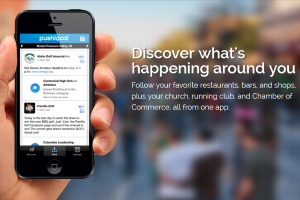